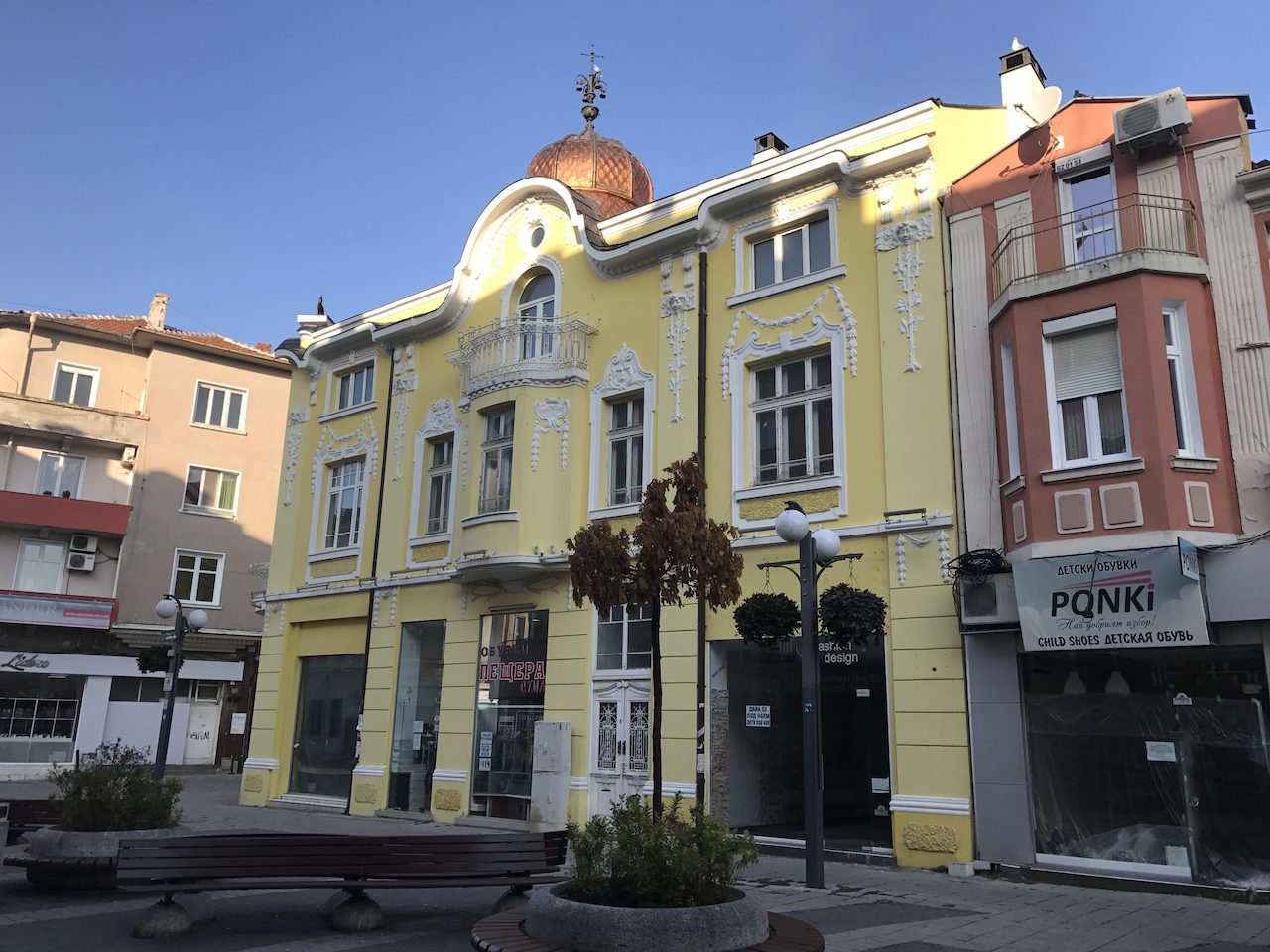 Though Burgas is not famous for any outstanding architectural sights, but in its central streets there are beautiful old buildings that attract tourists’ attention. It is interesting to note, that many of them were designed not by Bulgarians, but by an Italian architect Ricardo Toscani. He made a significant contribution to modernization of the central streets of the city, giving them a European and more modern look.

Toscani was born and educated in Italy, and came to Bulgaria in 1883 as part of a large group of specialists. When a serious conflict began between Serbia and Bulgaria, the Italians who had arrived, created a volunteer squad to help the Bulgarians. This squad was led by Ricardo Toscani.

At first he worked as an architect for some time in Plovdiv, but then he was sent to Burgas. Here young Toscani was assigned to work on projects of public buildings and personal homes of wealthy families of the town on the Black sea.

The stylistics of his works combined the features of neo-Renaissance and neoclassicism. If to tell in short, it was typical for him to use stucco moldings with animal and plant elements, carvings, complex cornices and spiers in the design of facades. By these signs I can distinguish now the buildings to which the Italian master had a hand.

In his work on some projects, he cooperated with the Bulgarian architect named Svetoslav Slavov. And then their creation was signed by the names of both authors.

On the pedestrian street A. Bogoridi this year there is an interesting exhibition. Under glass there you can see pictures of the most famous residents of the city with a brief description of their biography. In my mind, to create such an open-air exhibition was a very good idea. Tourists look at the photographs with a big interest. And, of course, R. Toscani is included in the number of celebrities. For his achievements he was even awarded the posthumous title “Honorary Citizen of Burgas”. This man really left a noticeable mark in the history of the city. You can’t argue with that, he deserves it.

The main works by Toscani

R. Toscani was directly involved in the construction of the Cathedral of “St. Cyril and Methodius “- the largest and most famous church in the city. It was completed and consecrated in 1905. The Cathedral is located in the very center of Burgas on the eponymous square. It looks quite majestic, as it is beautifully illuminated at night. The building outwardly looks little like the Orthodox churches we are familiar with and resembles, rather, Catholic churches. At first, this fact surprised me until I found out that the Italian architect was the creator.

Toscani also designed the Hotel Imperial, the Contemporary Theater, the Catholic Church of the Assumption of the Virgin with a boarding house for girls, and the building of the Synagogue in which the Art gallery is situated now. And also many other buildings. He died in Bulgaria because of tuberculosis in 1928. At that time the architect was 70 years old.

Burgazlii, as the residents of Burgas are called, appreciate his works. This is evident from the fact that many of the buildings are being restored, citizens do not allow them to decline. In a warm marine climate, as you know, there may be problems with paint. That’s why it is more difficult to preserve the original appearance of the buildings. But the city management does much for it.

Interesting to add, that the nephew of the famous architect, Mario Toscani, followed in his footsteps. He chose the same profession. He also moved to Bulgaria, where he was involved in the development of the city of Rakovski.